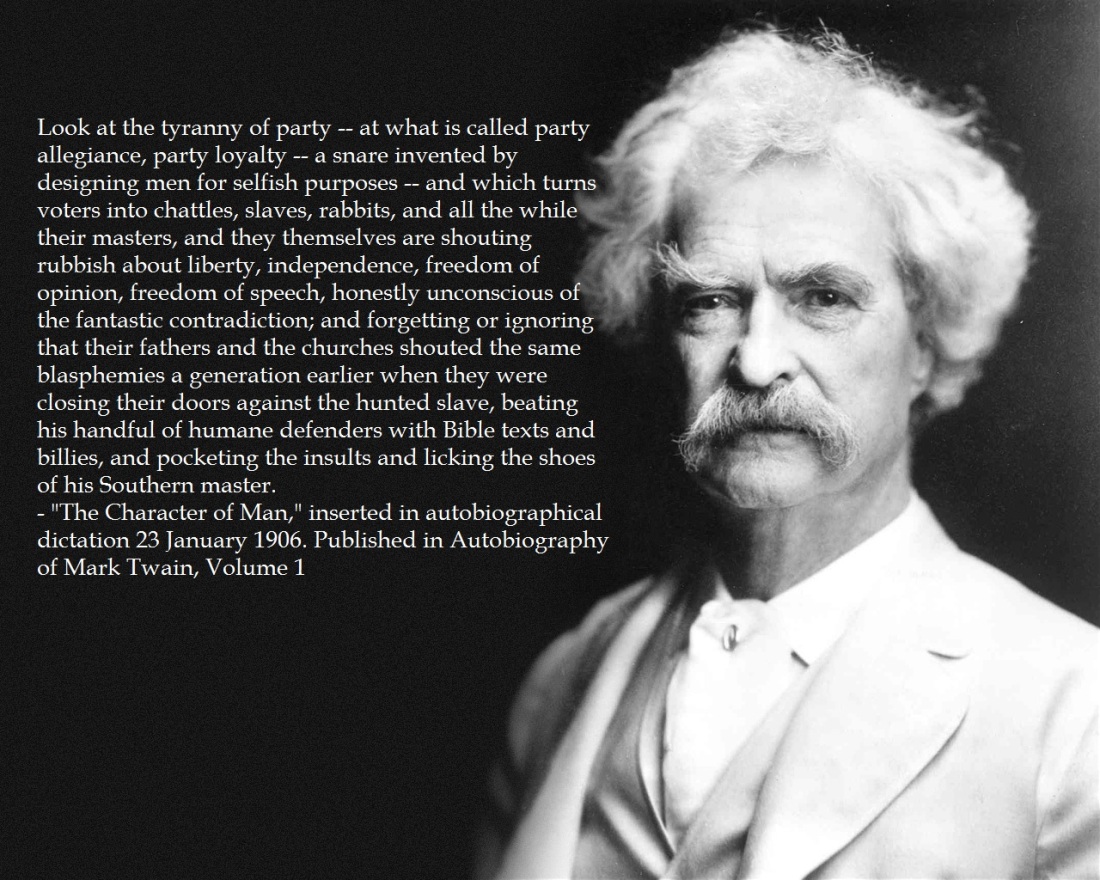 The wife is out doing the thing that she does to uplift and benefit the community, she is seamstress and customer for a local junior high school theater production company, leaving me to my own device. So, enjoying a couple of hours of solitary bliss I do as most in this modern age do and surf the streaming channels looking for entertainment. I finally settled on ‘Ken Burns: American Lives’ and specifically chapters 7 and 8, the life of Mark Twain. Now, as I was watching the program, I began to wonder what this magnificent genius writer of the American culture would have said of our times, and specifically, the 45th President of the United States. Challenging Google to find me an answer I came across the above quote from his “The Character of a Man” that, to me, fits best to what he could have thought. Of course, this could be argued as conjecturable and so I would need to press those who disagree with me to find confirmation as to the meaning of Twain’s quote by going to the source itself. If they chose to do so in order to make their point, who am I to question their absolute dedication to their cause. On the other hand, if some lack conviction in their own assumptions, and thus fail in their pursuit for the truth, they will undoubtedly continue to be the gadflies that they are and some other means will have to be found to deal with their pestering. It’s a shame tar and feathering has gone so out of vogue in our times. Maybe someone can come up with an internet version of it, perhaps?

You may email me at lifeonasmallblueworld@gmail.com View all posts by Life On a Small Blue World