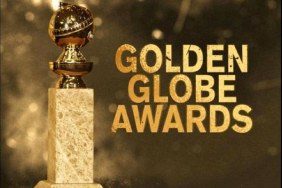 A local reporter tweeted, “Here we go again. A group of rich and famous “stars” celebrating each other’s careers while pretending to laugh at jokes that are falling about as flat as the champagne sitting on the tables draped with white table clothes. Privileged? Yep. Relevant? Funny? Dare is say, no.” (https://twitter.com/rooprajfox2). In a later tweet, he explains that he wanted to spur “a conversation that is long overdue both in Hollywood and our world …I don’t like the smug feeling I get from the rich and famous in that room.” What he perceived as “smug feeling …from the rich and famous” I saw as a reward for many years of dedication and hard work against the odds in an industry set up for you to fail.

Ninety-nine percent of the individuals in that room started out with practically nothing, working in service and manual labor jobs, trying to stay one step ahead of homelessness, just to make their dream come through. They spent backbreaking hours trying to make a living before going to school, tryouts, rehearsals, or home to work on a song or a script, sleep a bit, and all to state all over again the next day. Weeks and weeks, months and months, years and years of disappointments may go by before that special moment, or song, or book, or script happens, and you make it, or at least get your foot in. But it’s not champagne and laurels yet. No, the struggle to maintain the momentum begins and here is where some make it and others fail. For every Oprah, Jackman, or Spielberg there are hundreds of thousands who couldn’t do it. Then, if that wasn’t enough to discourage you, there are the “Power That Be”, usually men, who saw their position of status as an opportunity for abuse.

Many of those “Rich and Famous” people in that room at some point in time have had to do things they didn’t want, and many are ashamed they had because those who had the power to fulfill their goals had the means to “make or break” their careers. Some of those things may have been as innocuous as a particularly bad role, a change in wording, a costume that showed a bit more than modesty would allow. Other times not so, and for many, especially if you were a woman, you had to “perform” to win the favor from the plutocrats that ran the business. This is a culture of the truly Rich and Famous preying on the innocent.

Care to judge them for what they had to endure? Let me ask you this, how much better are you, as an observer, an audience or viewer, how much better are you when you remark on an actor’s appearance, clothing, physical features without giving credit to their craft? Now, tell me, how would you like to be judged on the same criteria, not for who you are or what you can do, but how you look. Honestly tell me that those people in that ballroom, or anyone anywhere, should be made to feel that way. To change this practice is the struggle and challenge of the MeToo (@MeTooMVMT) and Time’s Up (@TIMESUPNOW) movements. They have pointed out to all of us that the culture of harassment, abuse, and intimidation must come to an end. I see it as a noble cause and pray they succeed. But, back to the “smug feelings of the rich and famous”, at least one final word on the subject.

These people were not born rich, they weren’t born privileged, they didn’t go to Ivy league private schools, or had a corps of lawyers removing every obstacle, they worked hard to be where they are. And if they wish to throw a party, or several parties, to honor some of their own for their hard work, then they deserve it. After all, many in that room didn’t have daddy give them $1 million to kick-start their careers.

I love to ponder the idiosyncrasies of life on this blue world of ours and if I can be the irritating sandy grit in the butt crack of Stupidity, all the better. You may email me at lifeonasmallblueworld@gmail.com View all posts by Life On a Small Blue World

2 thoughts on ““Smug feeling …from the rich and famous”, The Golden Globe Awards 2018”